Working in the Yard 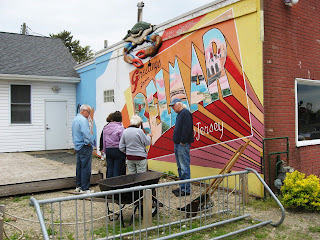 Quite a bit of work has been done around the Boatworks since we began moving back into the building at the end of December.  The latest improvements were done outside of the building. 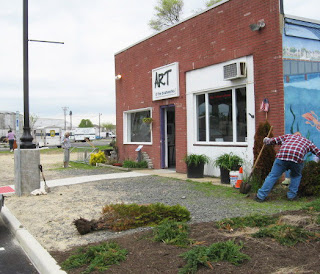 Now that our street and parking area have been paved and lined, the next thing we have to deal with is the grounds immediately around the building.  Despite the threat of wet weather, a group of volunteers assembled at the Boatworks this morning to start that process.  Some old plantings were dug up, along with a lot of weeds.  Rocks and sculptures were moved around, and some good general cleaning was done. 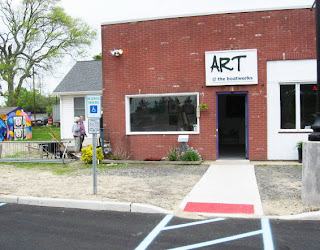 By 2 pm our crew was ready to knock off, but some noticeable work had been completed.  Today's helpers included Rebecca and Joe Szabo, Glorianne Parisi, Ingrid Farrell, Art Nelson, Richard and Jane Rappleyea, Pat and John Hutchinson, and Michele Sloboda. 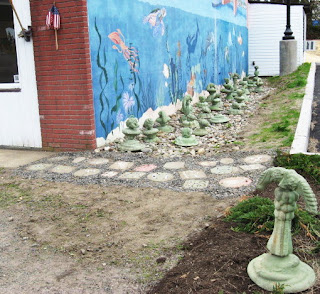 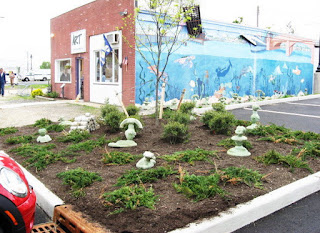 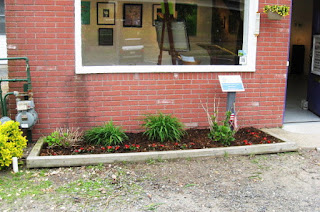 The framed bed in front of the large window of the Boatworks is no stranger to flowers and other plants, and a fresh assortment were planted there today.  Our concrete ramp and front walk are part of the brand new construction, and so those potted plants by the curb are also brand new. 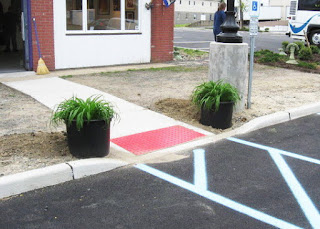 Still lots more work to be done.  Eventually we will be doing more with the sandy gravelly areas right in front of the building, as well as on the side of the building by the postcard mural.  Those interested in volunteering to help in the future can look out for announcements on the website or contact the BAC directly.
Posted by arrabbiata at 11:30 PM No comments:

Art on the Edge 2013 Reception 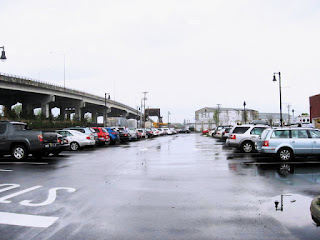 Despite the on and off rain all day, quite a crowd showed up for the opening reception for this year's edition of the annual Art on the Edge exhibition.  Just about every one of our new parking spots was filled up. 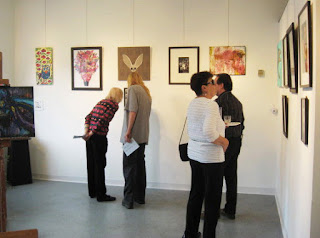 Before long the Boatworks was packed with people eager to see the over 70 works in this always unusual show.  Lots of the usual painting, drawing, photography, prints, and sculpture, plus Art on the Edge always brings a larger amount of mixed media and collage based work than most of our shows; we even have some scotch tape and ripped paper.  People moved around the building all day, but as usual the crowd formed in the back room where the tables, refreshments, and entertainment could be found. 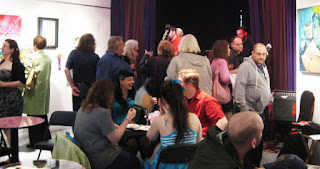 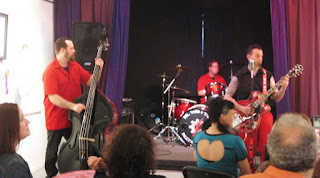 The entertainment for the day was Dr Void and the Death Machines.  They had the house rocking up until the end of the evening.

The following pieces were chosen for prizes by this year's jurors, Jenn Hampton, Jill Ricci, and Sarah Potter from Parlor Gallery in Asbury Park: 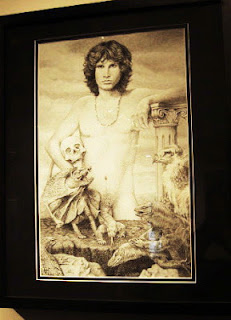 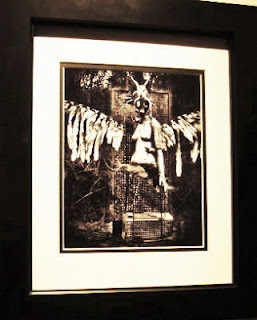 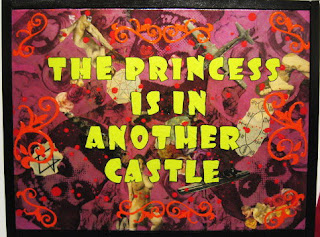 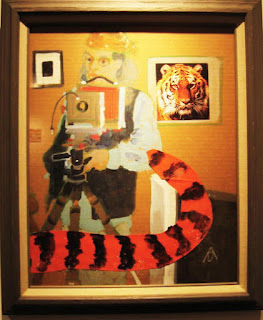 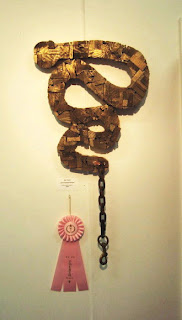 The Art on the Edge exhibition will reman on display in the Boatworks during regular gallery hours (Wednesday to Saturday 1 to 5 pm) through June 14th, 2013.  Admission is free.
Posted by arrabbiata at 11:00 PM No comments: 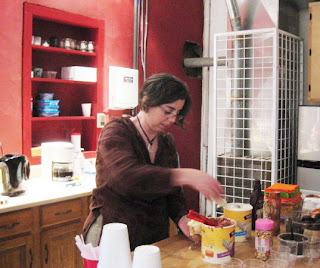 Tonight the Boatworks hosted the May monthly members meeting for the Belmar Arts Council.  In honor of the recently warming weather, we had an ice cream social, with everyone in attendance being offered vanilla and/or chocolate, along with various toppings.  After that, drawings for door prizes.

And as if that wasn't enough, the meeting featured our own Pat Hutchinson doing a presentation about the barrier mural project that the BAC launched over the winter, even as we were not able to make use of the Boatworks.  We decided that the concrete barriers placed on all the streets up near the ocean front to divert traffic from the repair and construction zones were a great opportunity to create a new series of murals.  Pat's presentation showed many examples of the resulting murals, all painted by volunteers in and outside of the BAC.  Many examples of these barrier murals can be seen earlier on this blog.  Since then much of Ocean Avenue has opened up, and the barriers have been put to new uses in other parts of town, but many of the murals are still intact and we have reason to believe that this project is far from done.  Perhaps we'll have an update soon on where these paintings can be seen .
Posted by arrabbiata at 11:00 PM No comments: