Today the JAS 13 went on view.  That stands for the 13th Annual Juried Art Show, our longest established exhibition, which goes back to before we moved into the Boatworks.  The official name tags for the works are still in progress, but everything is labelled and available to view.

Besides being our oldest show, the JAS is our most competitive.  This year we had 182 entries, with the juror selecting just 84 to be part of the show.  As for which ones will be winning prizes, that remains a mystery for now.  We are told that $1000.00 in prizes will be awarded, but those won't be announced until the official opening on Saturday, April 1, 2017, from 5 to 7 pm.

The JAS 13 will remain on display during regular gallery hours (Wednesday to Saturday 1-5 pm) through 5/15/17.  Admission is free.

Past, Present, and Future


Tonight the Boatworks hosted a special Members event, celebrating Past, Present, and Future.  All three were represented.  BelmarArts has long depended on its members to get things done.  We only have one regular paid staff, so we rely on volunteers to get a lot of things accomplished, and tonight's party acknowledged some of that.  Members brought in a variety of foods for the refreshment table, more than we could eat during the event, though we're about a lot more than eating. 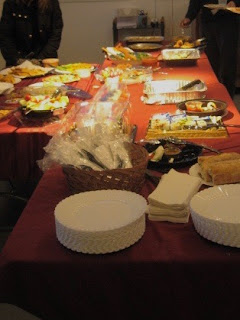 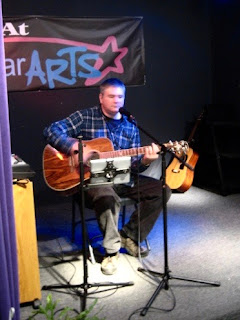 Live entertainment was presented by Jon Falk, who I am told will be taking charge of musical performances for us.  Music is a big part of our mission, so it's good that we have someone stepping up. 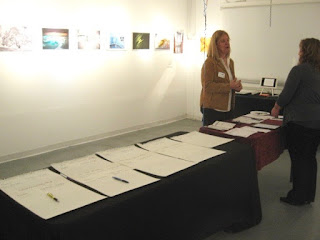 Out in the front room we had tables set up to recruit other helpers.  Keeping BelmarArts going requires a lot of work, so we were looking for people who want to be involved in general volunteer work, landscaping, office work, curating, fund raising, teaching art classes, etc.  Even if you weren't there tonight, we still welcome people who are interested in being a part of what we do. 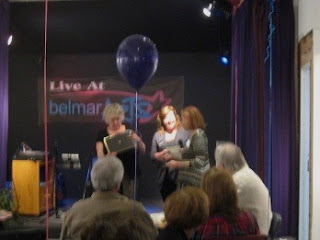 Another part of tonight's event was acknowledging some of the many people who help keep things going.  Certificates were handed out to several people who have contributed much time and effort to the organization- heading up committees, running programs, etc. 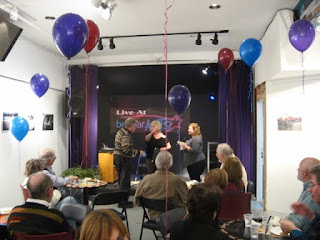 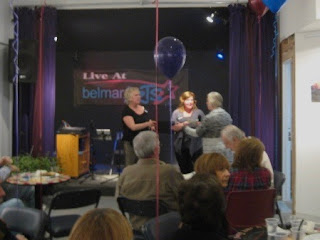 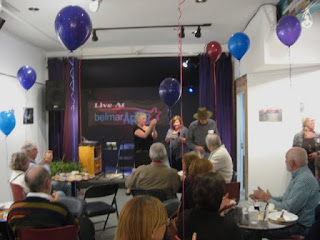 But if nothing else, tonight was also a party.  Food, drink, music, even lots of party balloons.  The current gallery show, the annual Photography exhibition, is up for another week, so if you haven't seen it yet, make sure to get here during gallery hours and see it.  After that shows comes down, it will be replaced with the annual juried show- check the main website for details.

Posted by arrabbiata at 10:43 PM No comments: