This past week the Boatworks saw a visit from some Goddesses, at least in the view of the 49 artists who have provided the artworks for this exhibition.  Depictions of goddesses have been a part of art for as long as art has existed, whether it be visual, literary, theatrical, etc.  This show demonstrates that diversity is still a big factor in the representation of goddesses.  There are about 70 artworks, and while painting seemed to dominate this show, there are also sculptures, prints, photographs, ceramics, mixed media, fiber based arts- pretty much anything you can imagine.  The show fills both the front and back galleries, and even spills over a bit into the side room.  There is a lot of art to be seen, much of it colorful and very bold. 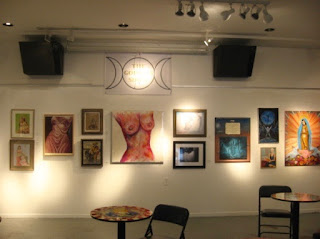 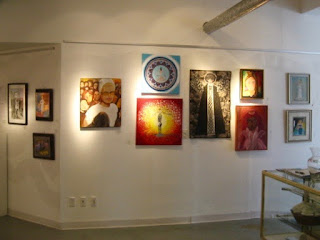 The organizers are Sheila Kramer and Linda Baran, and the artists include a lot of familiar names and many first time Belmar exhibitors.  What they all have in common is an opinion of what goddesses are and what they can be, plus a desire to share their view with everyone- and word is a lot of people are coming to see this show. 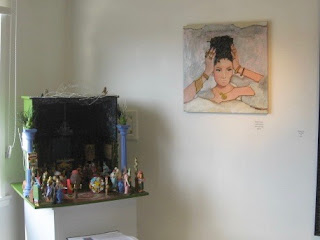 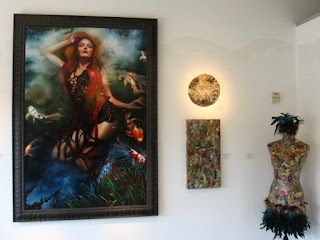 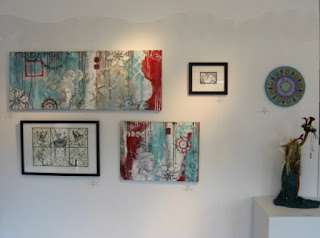 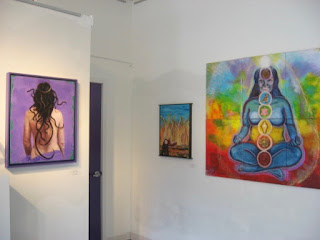 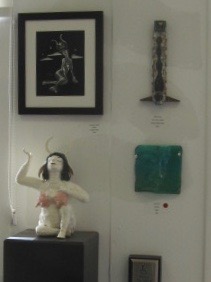 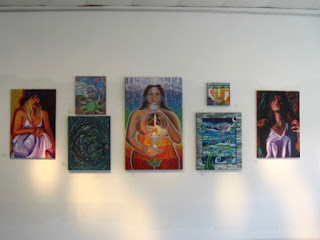 The show opened on March 5, 2019, and the official reception was on March 9th.  That opening was very well attended, between the artists and the interested viewers. 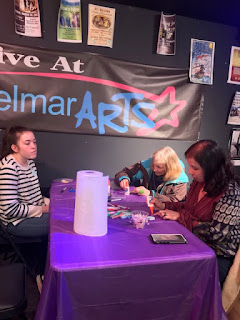 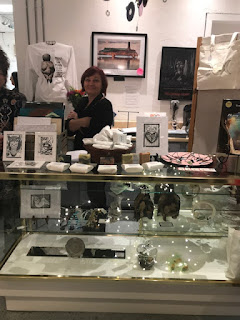 The store area had a bunch of special items for the occasion, some of which are still available for sale during gallery hours. 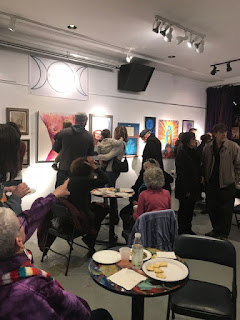 As part of the reception, a spiritualist came in.  Visitors were formed into a large circle, hands clutched, and some kind of ceremony took place.  Exactly what it was may only be known by the participants. 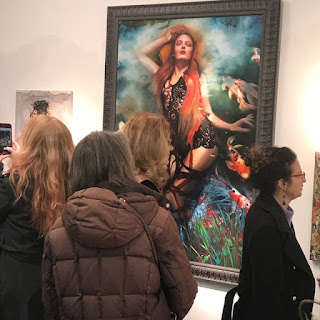 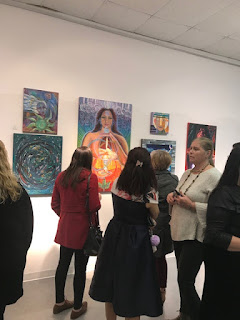 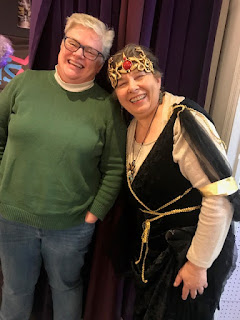 Even if you missed all the fun of the reception, there is still a very intense show on the walls for everyone to come see.  The exhibition remains on display through March 30, 2019 during regular gallery hours, and admission in free as always.

photos and information from the reception provided by Diane Cioffi