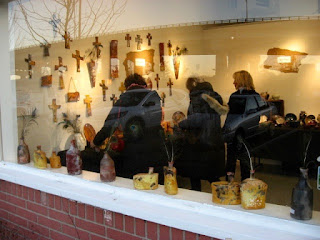 Tonight saw the opening of the newest BAC exhibition at the Boatworks.  It's called "the Clay's the Thing Ceramic Invitational".  It shouldn't surprise anyone that it is all about ceramics, covering many different approaches, processes, and subjects. 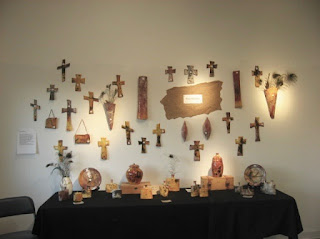 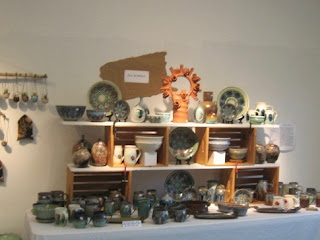 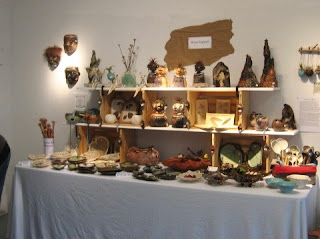 Each of the featured artists had their own display set up, allowing visitors to get a good overview of their work. 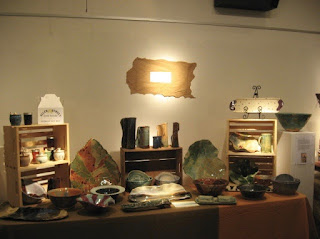 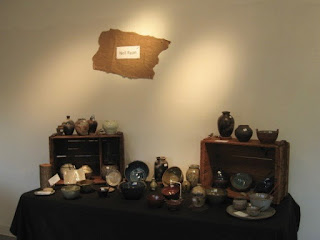 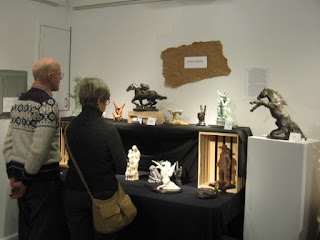 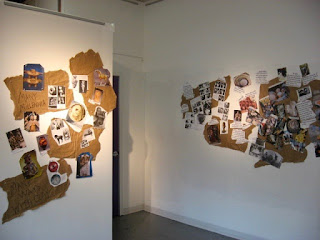 The show was organized by Jim Aberle and K. Dorsey Lucas, with the latter doing most of the setting  up of the galleries.  The exhibition fills both the front and back rooms, with the above visual history of ceramics as part of the front gallery display. 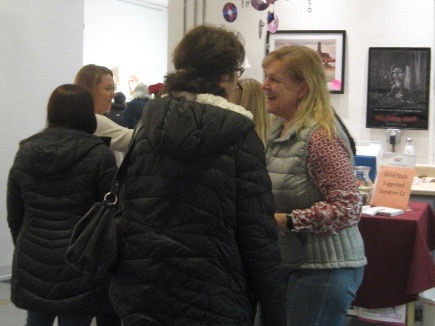 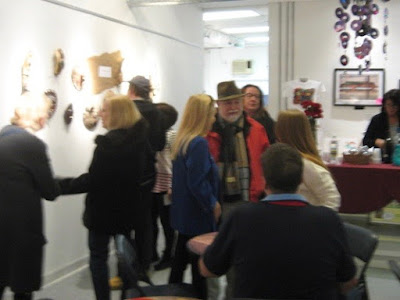 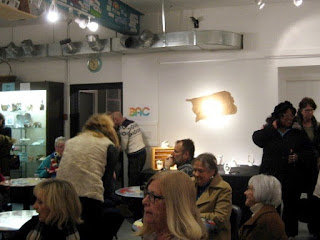 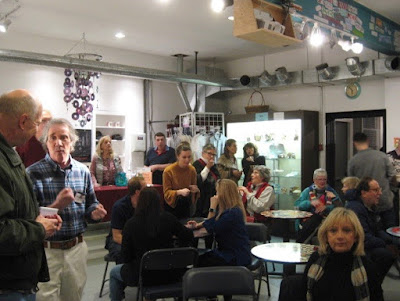 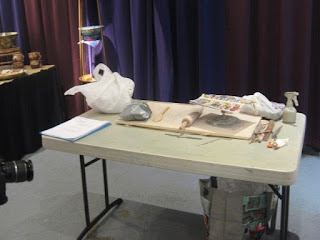 As a special bonus for those attending the opening reception, there would be a ceramic demonstration by organizer K. Dorsey Lucas. The table was set up from the beginning, leaving just the challenge of getting the crowd to quiet down, but after a lot of shouting, they did. 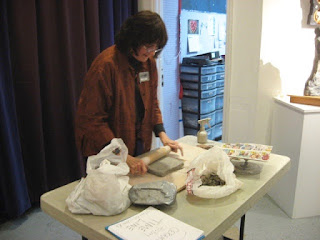 There's no way for an artist to provide a lifetime's worth of experience and knowledge in just a few minutes, but Dorsey shared quite a bit with those in attendance.  For one thing, she often makes use of household items as tools, such as the rolling pin above, and at times a wooden spoon, and there were multiple mentions of pork chop bones, though this last item never made an appearance.  She also talked about the history of the material, a natural substance that has been used in art for many thousands of years. 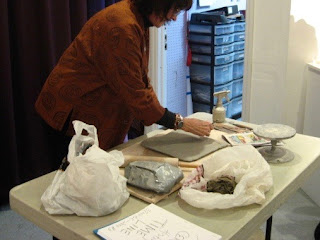 After flattening her slab of clay a little more, she used an ordinary pencil to draw her design.  In this case, not so much making marks with graphite, but using the pencil point to incise lines in the surface. 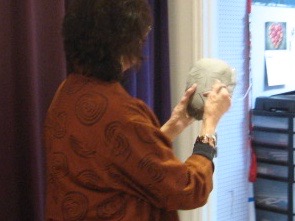 With the excess cut away, she draped the face she had created over the top of a turtle back, a form she created to allow her convex creation to be properly supported while she worked on it, including gradually building form with additional bits of clay properly attached to what was there. 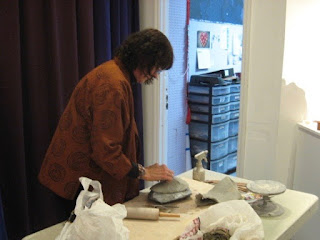 Dorsey also took a few minutes to show how clay can be rolled into snake like forms and made into coils, which can be used to build larger clay sculptures, such as some from her display on the adjacent wall.  Of course, this was all just a tiny taste of what is involved in ceramics- if you want to know more or try it yourself, any of these artists could answer questions or point you in the right direction. 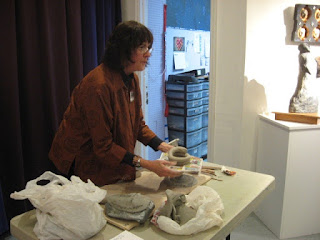 Meanwhile, this display of ceramics by nine experienced artists will remain on display during gallery hours through February 28, 2019.  As always, admission is free.