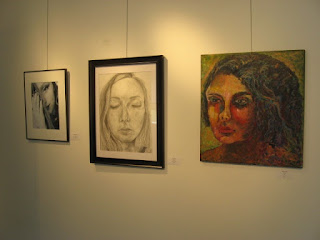 If the current show in the front gallery at the Boatworks looks familiar, it's because, well, it's us. 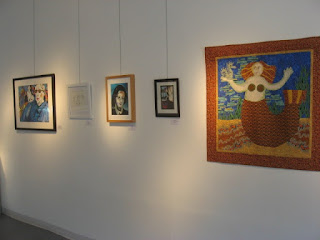 The show is called "Selfies: an exhibit if self-expression."  Despite the title, this is not a room full of portraits of people taken with their own cell phone cameras (such shows do exist), but what you might expect when artists are given the opportunity to create self portraits.  Some are fairly representative faces, while some artists went with more symbolic or metaphorical views of themselves. 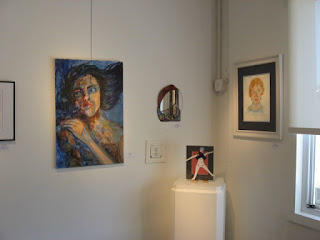 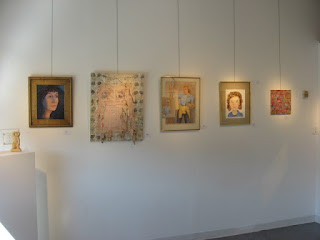 There are 33 works in this show, a variety of mediums, so if you stop by the gallery between now and October 7th, you might see an old friend on the wall. 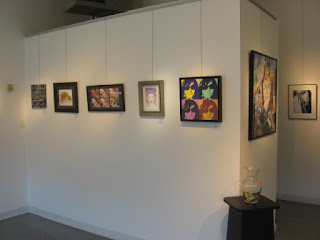 With summer over the gallery has returned to regular hours, so Selfies can be viewed from Wednesday to Saturday, 1 to 5 pm.  Admission is free.  And maybe while you are there, take a selfie with Alan the Robot, who has probably been in more selfies than all the people in the show combined.  We'll be throwing him a birthday party on September 24th, from 5 to 7 pm.
Posted by arrabbiata at 12:14 AM No comments: