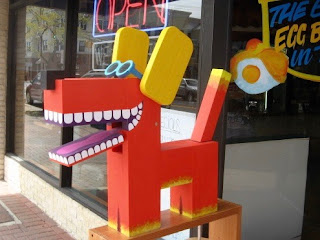 The past few days have seen a lot of cloudy skies and passing showers.  But today was the scheduled day of the Annual Art Walk, in which local artists would be all over town, inside and outside of local businesses, showing their skills and products.  For this kind of thing to be successful, we need a beautiful sunny day, one that gets people walking all around Main Street.  Based on the expression on that dog's face, we got that sunny day. 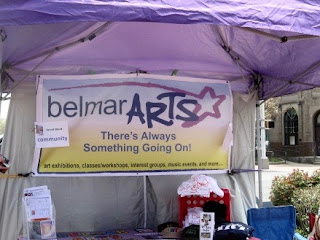 The biggest area of action today was in Pyanoe Plaza, which had dozens of tables and tents set up.  BelmarArts had its own booth of course, with some free activities for kids to try, and we had members scattered around the rest of the plaza as well. 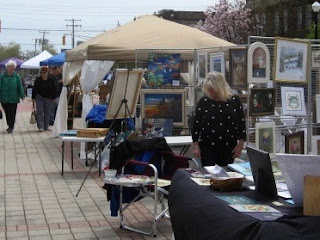 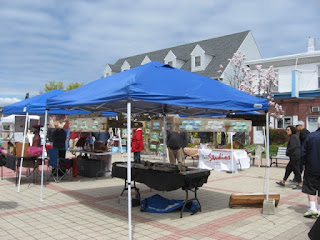 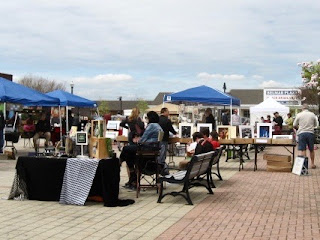 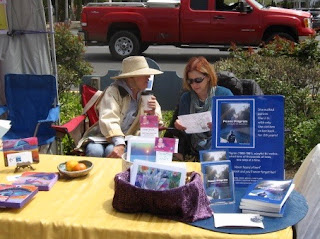 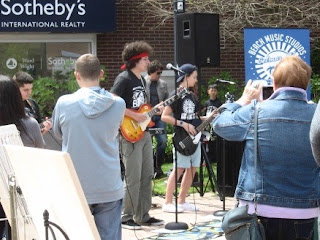 Students from the Beach Music Studios provided live entertainment for the crowds. 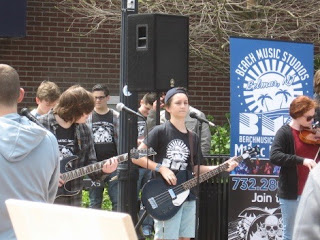 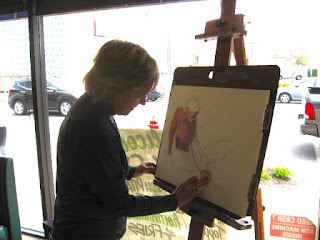 We also had artists at businesses up and down Main Street, and a few in the Boatworks.  More than 40 artists signed up to be participants in this year's ArtWalk, and like last year, we had a secret word prize drawing, which encouraged viewers to go all around town.  Don't have an official count of the number of visitors, but the Boatworks saw a steady stream of visitors all afternoon, which continued well past the official end of the event at 4:00. 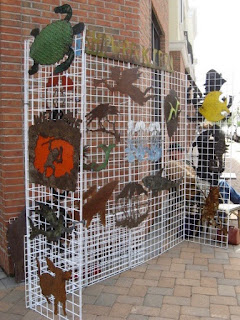 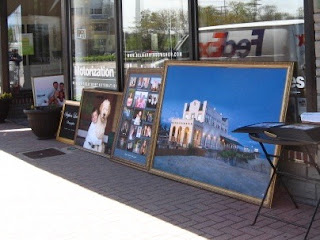 Spring is here, and with it, the annual Jersey Shore Juried Art Show.  This is the 12th year for our most popular annual show, one that predates our time in the Boatworks.  The process began weeks ago, with artists submitting 131 works in a wide variety of media.  Exhibition juror Nancy Haulenbeek selected 67 pieces from that group for the show.  With help from the usual suspects the work was installed, and the building was patched and painted.  The show has been on view for several days, but people had to wait until tonight for the official opening. 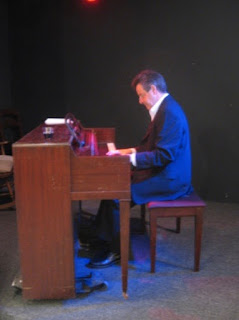 To set the mood, we had Tim McCorry on piano at the start.  Before long, the crowd arrived, louder than the music could ever be. 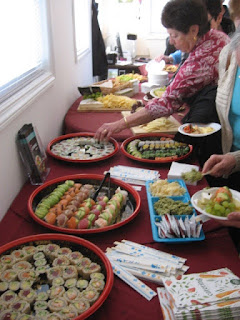 Most of the food and beverages for tonight's opening was provided by Whole Foods, which is opening a new location just a few miles down Route 35 in Wall.  The store will open to the public on April 13th, but our visitors got a nice preview today.  Platter after platter of sushi was set out, plus lots of vegetables and dips, cheese and crackers (see above), and other classic gallery fare.  Below, people lined up to partake. 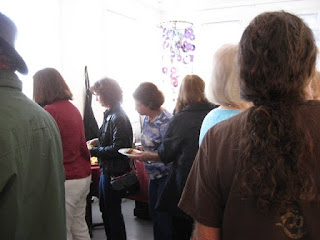 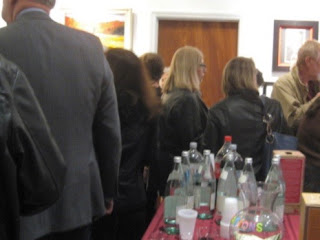 But as crowded as the refreshment tables were, the galleries were even more crowded.  We are estimating more than 250 visitors over the course of the reception, making moving through the galleries and seeing the art a bit of a challenge at times. 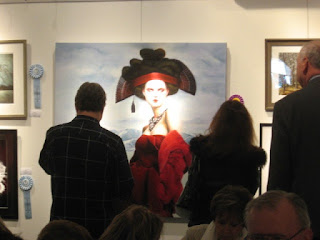 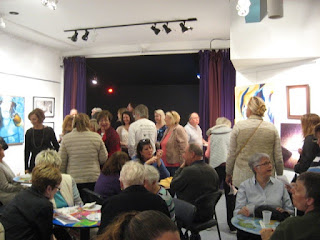 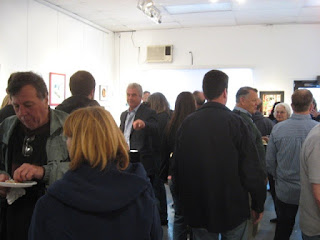 The following pieces were chosen for awards: 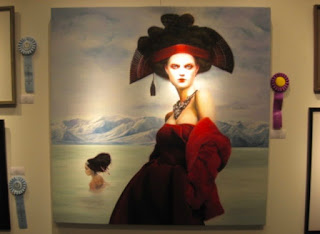 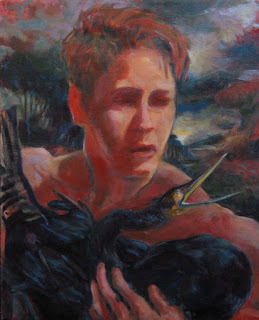 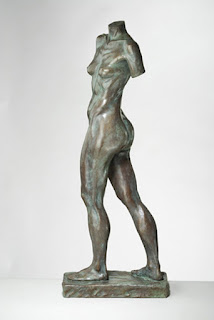 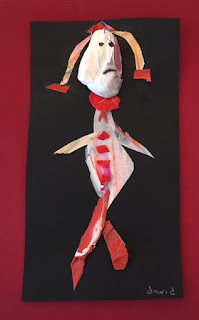 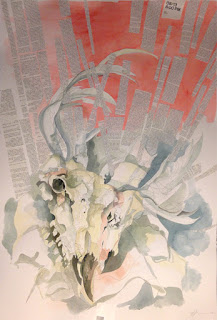 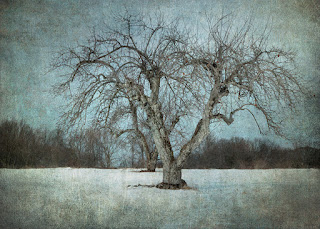 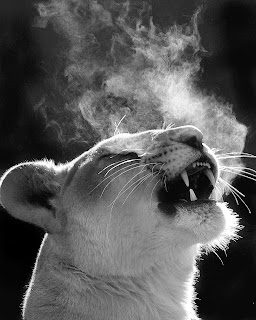 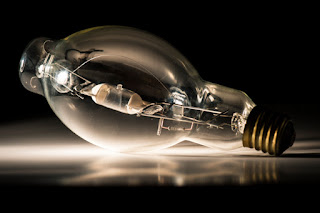 Posted by arrabbiata at 12:48 AM No comments: