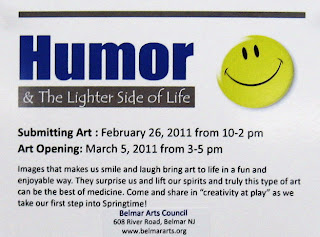 This past Saturday was the intake for the upcoming Humor themed show. More than 50 works of art, including paintings, prints, photos, drawings, and sculptures will be in the exhibition. The show opens with a reception on Saturday March 5, 2011 from 3 to 5 pm, and remains on display during regular gallery hours through March 25th. Guaranteed to put a smile on your face.
Posted by arrabbiata at 9:34 PM No comments:

An Addition is Born 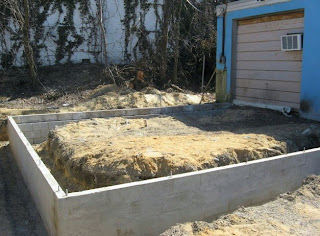 It's been almost a year since the BAC broke ground on a new addition to the Boatworks. As much as we loved the building as it was, there have been days when we had too much going on for the space we had. Money was raised for some of the construction, and volunteers picked up a lot of the rest. It's been a long road, but our new addition is finally finished. Here's a look at some of the construction highlights-

Back in March the foundation was dug, and the concrete poured. It extended out from the north side of the building, from the building's back to our side door. That side door would become the interior entrance to the new room. Meanwhile, we had a cool patio. 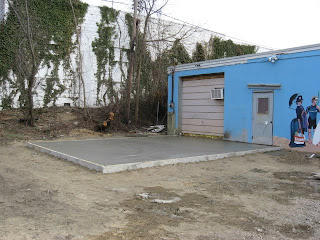 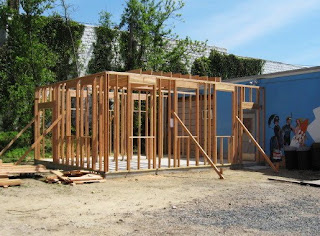 Framing began in May. The plan called for the addition to be divided into two spaces- the larger to be a new all purpose room, the smaller to be some much needed storage space. Each space would open to both the inside and the outside. 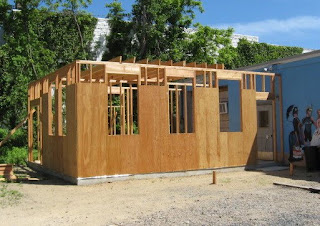 Our volunteer crew continued work on the frame, including adding ceiling joists. 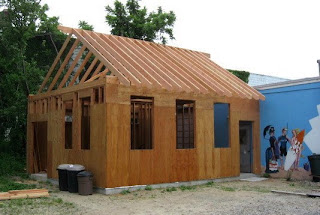 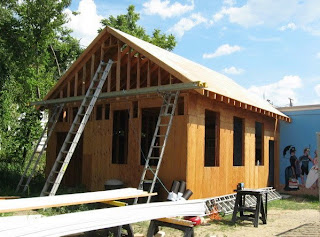 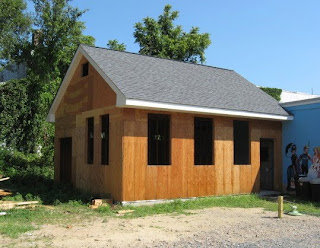 By the end of July the plywood sheathing was finished and a contractor had put a new roof on the whole structure. 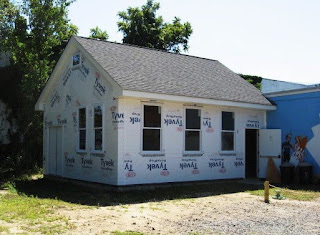 In August and September, the various windows and doors were installed, and siding started to go on. 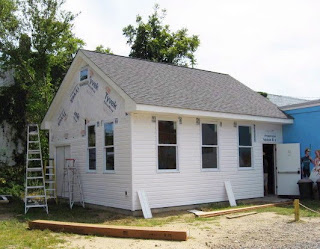 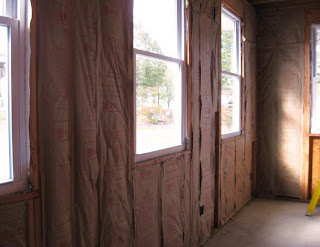 With the exterior finished, it was time to finish the inside. Our volunteers wired it for electricity and installed insulation, drywall, and lights. 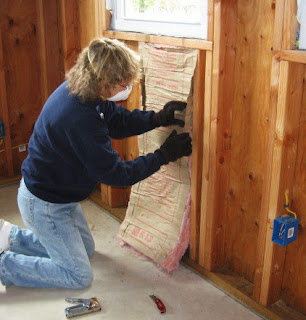 In recent weeks everything got a fresh coat of paint, and new interior doors were added. And now it's officially finished and ready to be used. 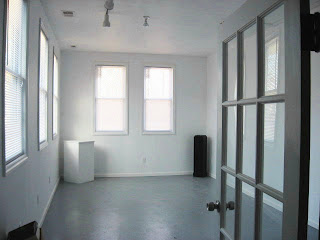 Above is our new all purpose room, which can be used to hold small classes and meetings, or be a workspace when the other rooms are otherwise occupied. Below is the new storage space, with plenty of room for our new chairs, extra tables, easels, the model stand, and lots of things we use every week. And we won't need to go outdoors to the shed to get them. 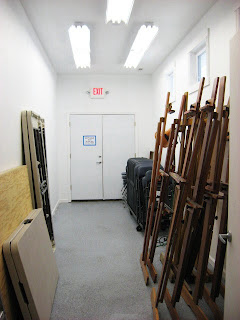 Thanks to all those who donated their time, skills, and money we now have these two great useful spaces at the Boatworks. Next time your there, come see them for yourself.
Posted by arrabbiata at 7:42 PM No comments: 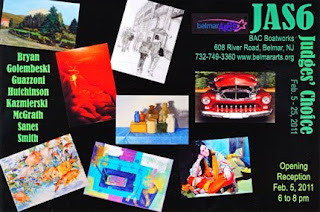 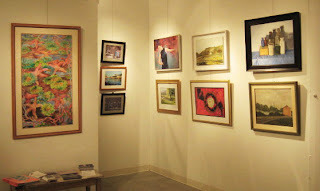 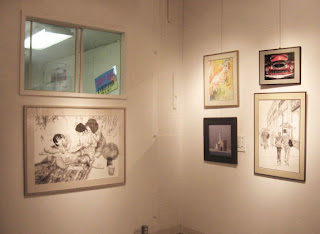 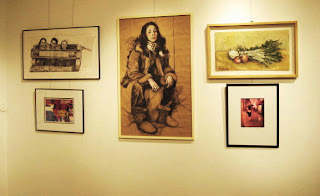 Unlike previous editions of this exhibition, all the work was hung together, rather than be grouped by individual artist. Paintings, drawings, and photographs all side by side. 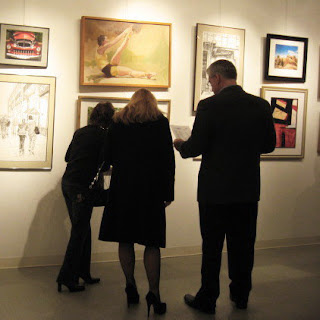 The crowd built slowly, perhaps because of yet more winter weather, but by the end of the first hour several dozen people were in attendance to enjoy the artwork and refreshments. 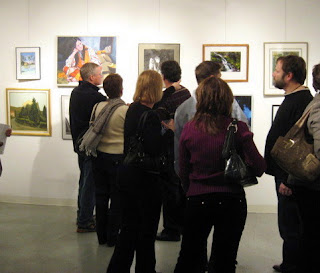 The JAS6 Judges' Choice show will remain on display through February 25, 2011. Gallery hours are Wednesday to Saturday, 1 to 5 pm. Admission is free.

Posted by arrabbiata at 10:02 PM No comments: