The New Door is Complete


Back in May of last year we announced a plan to replace our famous purple front door with a new automatically opening door.  This would help make the building more ADA compliant, as well as making life easier for artists having to haul large bulky items in and out.  The early efforts included fund raising, and replacing the old door with a glass one was an important step accomplished last year.  A never ending winter didn't help matters, and the current heat wave also slowed things down.  But it all drew to a close today. 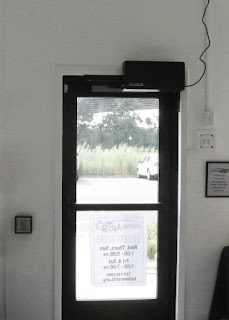 Sometime in the period between the last show and the current show, some work was done inside.  A unit was attached to the top of the door that would open it by pressing the button to the left, but there was no equivalent yet for outside. 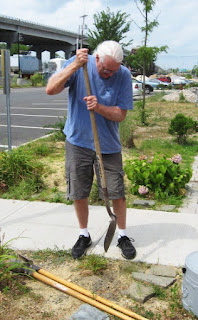 That changed today.  Concluding that today was slightly less miserable weather than what we had experienced the past week, Hutch decided to resolve all this today.  First step, dig hole for the post.  Not always an easy job with the ground around the Boatworks, but he got it done. 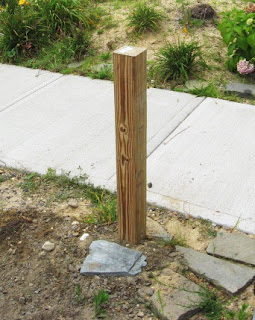 The next step (above) was to insert a prepared wooden post, and back fill the dirt while keeping it vertical.  After that, Hutch attached to the post (below) a light, and the switch that will activate the door from the outside. 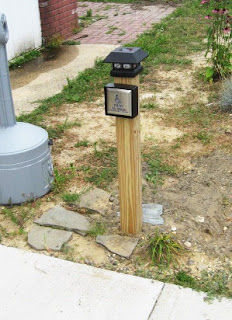 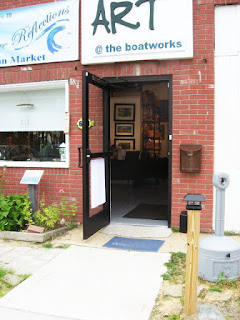 And now the door works as planned.  See for yourself on your next visit to the Boatworks.  As a special bonus, we finally got window shades for the two big front windows (see above to the left of the door), which will cut some of the blinding sun and heat that comes in through the summer months.

Posted by arrabbiata at 11:54 PM No comments:

Summer Openings at the Boatworks 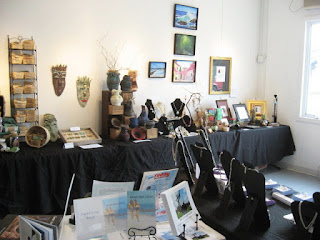 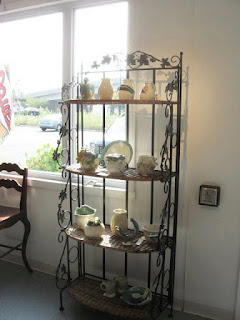 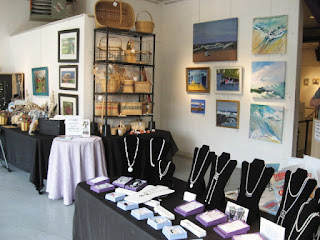 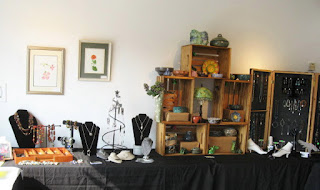 Today two new exhibitions opened at the Boatworks.  Above are photos from the front room, which holds the Shore Reflections Artisan Market, our annual summer sale of arts and crafts produced by local artists, with an emphasis on items reflecting a Jersey Shore theme.  As you can see, lots of jewelry, ceramics, notecards, books from local authors, baskets, and decorative items-  all originals of local origins.  This show, which is sponsored by Jersey Shore Moments Gallery in Manasquan, will be open through September 18th.  Work will be replenished as it sells, so plan to make return visits over the next 7 weeks.

Also opening today is a solo show in the back gallery, one of two selected by a juror to run simultaneously with the Artisan Market.  This first one, called Catentric features the artwork of member Sue Kasdon, images of her favorite theme of cats and older women.  Most of the works are colorful ceramic portraits, although she has also included a selection of recent black and white woodcut pieces completed here in Belmar.  This show runs through August 21st, after which it will be replaced by another juror-selected show, with photographic work from member Gary Dates. 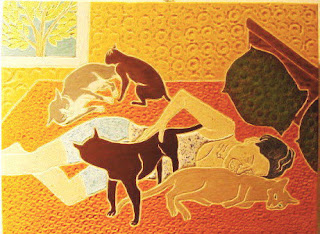 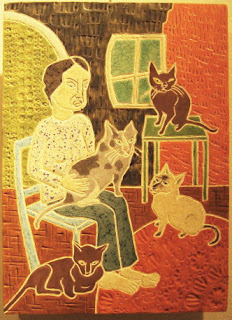 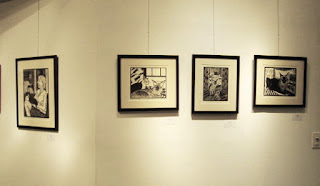 The gallery is open Wednesday through Sunday for the rest of the summer.  Specific hours are available on the main website.  Admission is free for both shows.

Posted by arrabbiata at 11:58 PM No comments: 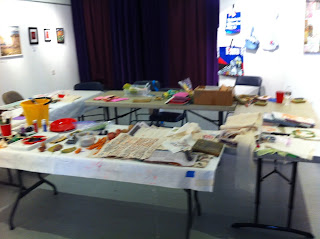 Another great Fiber Friday, with Plus Member Beverly Hertler providing the group with inspiration and materials to create their own stamps and lots of paint surfaces to test them out on. 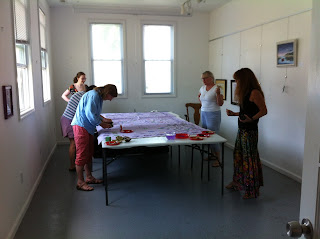 The group worked on a large floor cloth, as well as individual projects. 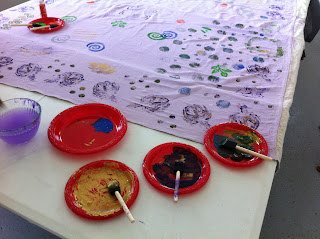 The next Fiber Fridays group meeting is planned for September 25th, 1 to 3 pm.  Topic to be determined. 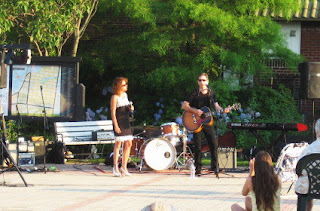 Summer is here and the live music series in Pyanoe Plaza has returned.  It actually started a few weeks ago, though we had weather issues some days.  Today was a beautiful summer day and the town was bursting at the seams.  Luckily we had plenty of music to go around.  The show opened with a short set from Delusions of Grandeur, led by Tom Shaw III of Nashville.

They were followed by the day's headline act, Karen Phillips, as the audience grew to over 100 people. 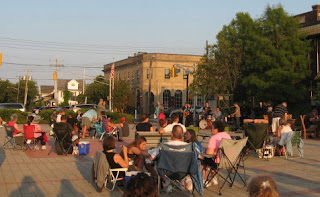 An outdoor concert series is always subject to the weather, but here is the scheduled list of acts for the rest of the season:

Admission is free, but you may want to bring your own chairs.  For any updates to the schedule, check the calendar at the main BelmarArts website.