Long time member Sandy Taylor thought it might be a good idea to have a show focused on large scale works, things larger than 36" x 36".  It's something you don't see much of, so there might be a demand out there.  Juror Donna Kessinger got on board.  The BAC decided to go along with it.  And the entries poured in.  The final tally included 71 entries, out of which only 25 were taken. Not just a matter of selectivity, though the works selected are all quite good, but partly because the Boatworks only has but so much room.  On the day of intake, many of the artists were excited to finally have a place to show their larger works. 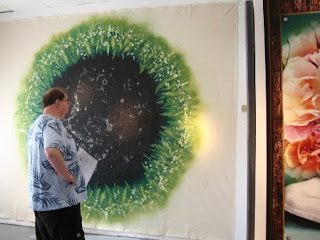 Did you think we were kidding?  We are not- there are some very large works in this show, and they are all worth seeing. 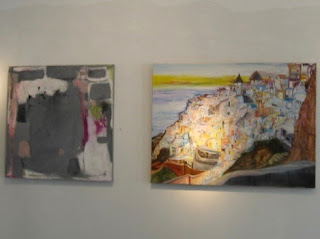 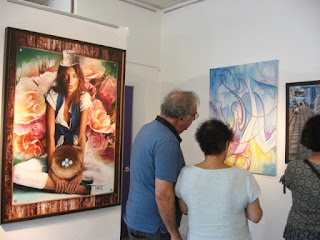 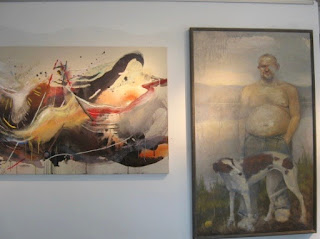 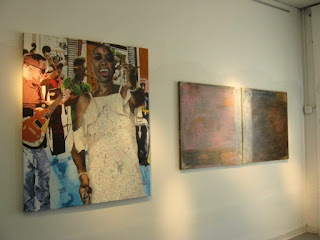 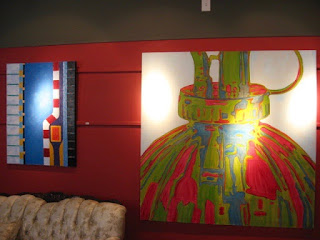 The exhibition fills the entire Boatworks, front gallery, back gallery, even a few in the Lounge.  We have had shows with more pieces, but they are never this big. 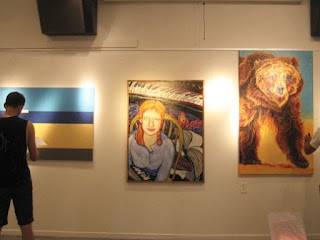 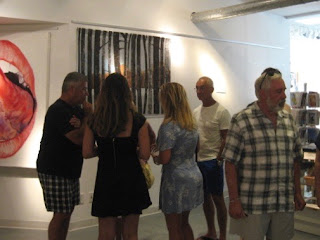 Would people show up?  Combine a weekend in Belmar, the hottest days of the year, some extreme humidity (weather people pointed out that the heat index for our area as about what Death Valley gets), a lot of people might have decided it was good day to hang out in front of their air conditioners.     Yet we did get a good crowd.  Art 1, heat 0. 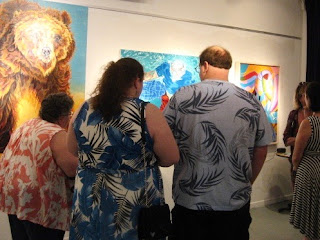 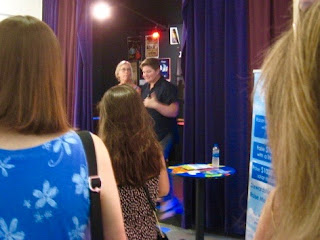 Eventually we got some talk from the show's organizers.   Sandy mentioned that there were enough entries to have put together 4 such shows.  Does this mean more large painting shows are coming?  No promises, but I think they proved that the demand for such shows does exist.  Five awards were given; here are the artists and works: 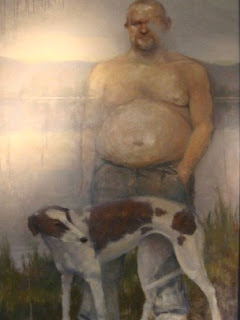 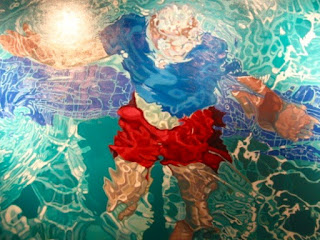 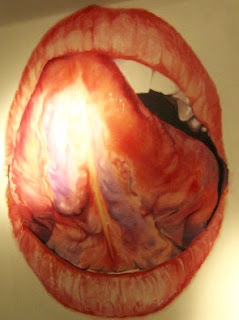 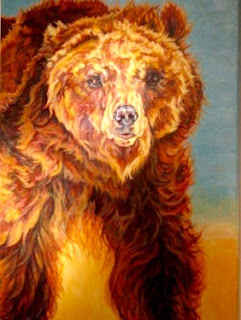 The Big Painting show remains on display through August 10, 2019 during regular gallery hours. Admission is free.